Carl Orff is one of the few 20th-century composers whose work has defied all attempts at bracketing within the confines of any single movement or trend. An avowedly self-taught composer, he never found himself confronted with a period of creative crisis, nor did he ever feel confined by the dictates of textbook rules. Rather, he would invariably rely on his own vision of a given work. His basic premise - fully corroborated by his compositional legacy - was the belief in rhythm as the primal element, the seminal root of music. This is also the reason underlying the initially unexpected yet lasting popularity of his best-known work, the cantata for solo voices, chorus and orchestra, Carmina Burana (1936), which is being reissued by Supraphon in a newly designed album. Orff discovered the Latin, Old German and Old French texts on which he based himself at the Benediktbeuern (Bura St. Benedicti) monastery in Bavaria. The original manuscripts, dating from the 13th century, were first published in 1847.

Thislive recording of the work, which was made in the mid-1990s, is notable for the top form deployed by the soloists, choruses and orchestra, and is certain to delight the listener looking for music with emphasis on rhythm, and for an original confrontationof tradition and modernity. 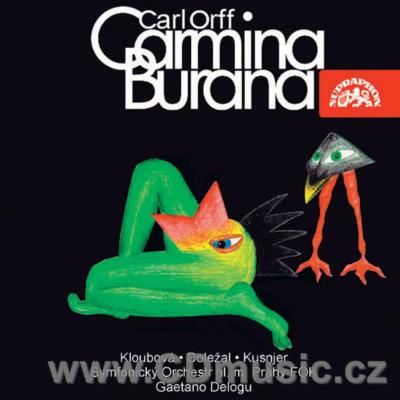