This is the 2nd part of the 2-disc set through which the Czech guitar virtuoso Josef Mazan (b. 1974), playing a Noël Callaert guitar, pursues a doctor´s degree at the Faculty of Music and Dance of the Academy of Arts in Prague under the direction of Prof. Štěpán Rak.

Song for David, originally written by Štěpán Rak (b. 1945) for the guitarist and composer David Bridge, is dedicated to the biblical King David.

Vlastislav Matoušek (b. 1948) describes six strings as a sonic Cosmos, an antithesis of sonic Chaos, and tries to connect that which has been temporarily disjunct.

Petr Eben (1929-2007) uses in his Mare nigrum (Black Sea, 1981), in a modern costume, modal melodies and fascinating rhythms of the Bulgarian folk songs. In his Tabulatura nova (1979), he returns to one of the earliest and most beautiful Bohemian folk songs Dřevo sě listem odievá (As a Tree Puts Forth Its Leaves) and writes 7 variations on it.

Jan Meisl (b. 1974) followed in his Hawara (2014) an instinctive mindset about Israel being synonymous with a condition of persistent uncertainty and need to fight for its identity.

Alois Hába(1893-1973) composed his 5-movement Sonata for Guitar in the non-thematic style, but in traditional tuning (unlike 2 later Suites for Quarter-tone Guitar) in 1943. 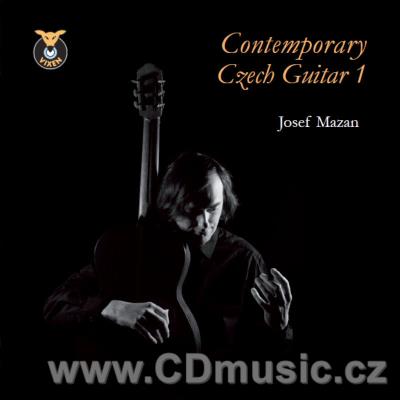