I was predestined for following two separate tracks, those of music and literature. My earliest attempt was a little song to my own text, which I named Youth Is Gone. I was six then. Other songs would follow, as would, in due time, choruses, until I

started to ponder an opera to self-written libretto. But then, I didn't feel heroic enough for a tragedy, cheerful enough for a comedy, or dreamy enough for a fairy tale. And then, sometime in the sixties, a friend mentioned to me the film Ladykillers

(1955, screenplay by William Rose). I never actually saw the movie, finding an approximate description of the plot enough for me to develop it along my own lines, deepening the psychology of the individual characters, adding a few more.

The story was set in England, where I had by then never been, though I had previously written a book about Sherlock Holmes, where the hero was obsessed with the idea of earning fame as a virtuoso violinist. In my story, which I named A Lady and Robbers,

Mrs Loveday is not a heroine; rather, she is a model citizen. She goes to see the police inspector, to complain about the bad names her neighbour keeps calling his roaming cat. The knights are substituted here by London bobbies, the lords by a string

quartet. Its members ask the old lady for permission to rehearse in her cozy little house. The lady complies and subsequently enjoys listening in to their performance from her room. However, instead of actually playing, the men simply put on a record with

a Haydn quartet, and engage in dividing among themselves the loot from their robbery of the Union Bank. When all is done, they are readying to sneak away, only to be interrupted by an invasion of Mrs Loveday's lady friends who pounce upon the "artists"

with the utmost feminine verve. As the robbers struggle to disentangle themselves from these snares, one of their cash-packed suitcases bursts open and the contents spill out. The old lady becomes aware of her guests' real identity, whereupon she entreats

them: "Go tell the inspector, he will be ever so pleased!" The annoyed robbers have by now realized they will have to get rid of her. Nonetheless, they have grown too fond of her for that, and end up fighting among themselves, a brawl during which they

manage to fall out of the window onto a goods train passing by down below. The old lady goes to see the inspector again, to report that her gentlemen lodgers have disappeared, leaving a mountain of cash behind: "What do I do with it?" The inspector will

not take her words for granted: "Oh, just keep it!" So it happens that the opera gives birth to a heroine who is unaware of this quality in herself, who is eventually overjoyed at being able at last to have her war-ravaged chimney repaired. It is

essential that the opera should have all the traditional attributes of the genre. Thus it has an aria on love for one's home, here the place where the robbers' chief is returning. It has to provide room for ballet, taken care of here by the visiting

ladies who engage the "artists" in a dance number. And there is an echo of longing for the lost time of youth to which succumbs the embarrassed inspector:

When I was a little boy,

me and my brother were grazing horses

in a meadow for horses.

There, above our heads, pigeons were flying,

or sometimes some other birds,

Those were the days...

The Czech composer, pianist, writer and educator, Ilja Hurník, was born in Poruba, Moravian Silesia, on November 25, 1922. He started to compose music (and publish) at the age of eleven. After the annexation of the then Czechoslovakia's Sudeten border

territories by Nazi Germany in 1938, the family moved to Prague, where Ilja studied piano with Vilém Kurz and his daughter, Ilona Štěpánová, and composition with Vítězslav Novák and Jaroslav Řídký. Throughout his career in music, Hurník characteristically

progressed along two parallel tracks: as a concert solo pianist (where he stood out notably for his accounts of Janáček and Debussy) and chamber player (with Pavel Štěpán and subsequently with Jana Hurníková, he was instrumental in the revival of the

piano duet format in this country), and as a composer. His compositional output, in terms of style closest to the Neoclassical idiom, is characterized by refinement of form, communicativeness, and a sophisticated sense of humour. Hurník's production

reached its climax in five operas to his own librettos, wherein he combined his individual musical invention with an exceptional literary gift: A Lady and Robbers (1966, among other productions staged by David Sulkin at the National Theatre in Prague, in 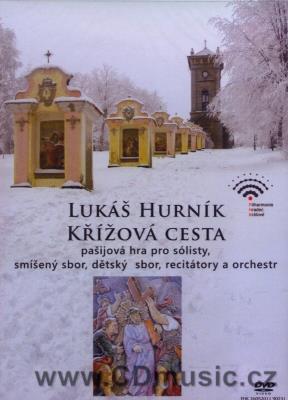 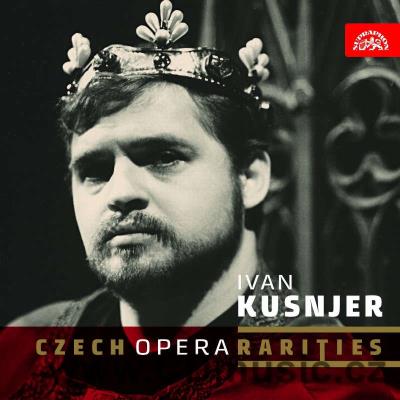 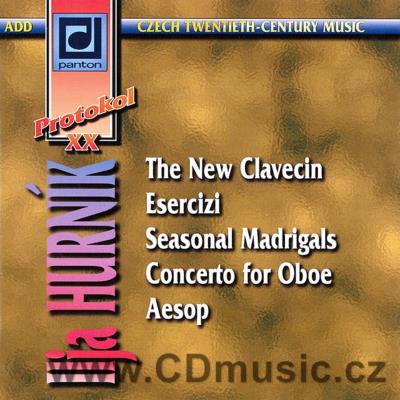 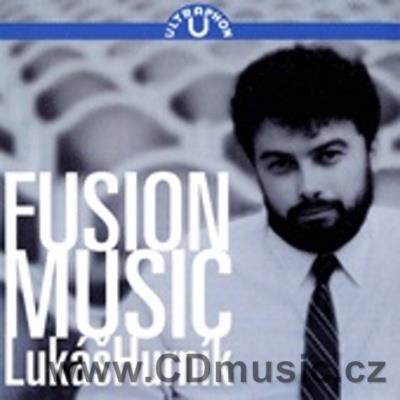