In 1958, this film literally circled the globe, was showered in prizes and became one of the most significant films of the 20th century. Among its other awards, it won the Grand Prix at the World Exposition EXPO 58 in Brussels.

It is the first of several films shot by Karel Zeman inspired by Jules Verne. Here, the director tried to create a new artistic style to bring to life images from the black and white engravings made by the first illustrators of the Jules Verne books, édouard Riou and Leon Bennett. Later on Zeman further developed this new style, using it to create his visionary worlds.

Together, Verne's timeless story of an exploited inventor whose work falls into the hands of criminals threatening the entire world, along with the paper look of the scenery, and dramatic stylization throughout the film all contribute to the unique visual effect and atmosphere of this work of cinematic art.

The Birth of a Film Legend

Why Zeman Made the Film

The Sea through the Lens of Karel Zeman

His Best Special Effects I

The Life of Karel Zeman

The Filmography of Karel Zeman

In the Steps of Karel Zeman (Clarinet Factory mix 5.1) 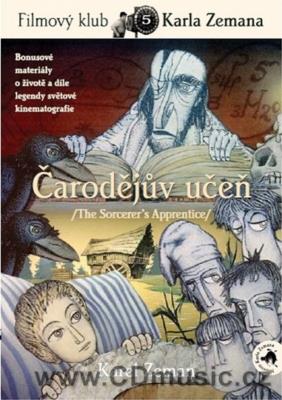